A running toilet may seem like a minor issue that could be overlooked. But, with time you will see a staggering water bill piling up after a couple of months ignored due to this type of water leaking from toilet tank into bowl without even our knowledge. And you can’t blame the water department for this because, this is actually water being wasted hour after hour, day after day non stop.

It really doesn’t matter how modern your toilet fittings are, water leaking from toilet tank into bowl. This is one of the most common problems you will find in your home from time to time.

You May Like:  Toilet Leaking From Tank to Bowl | Troubleshooting and How to Fix It

Since this is a plumbing job that’s usually done by a professional. It’s important to know what tools you will need to buy from the store or what type of tools. You are going to need for this activity. Well, all you need for this simple plumbing job is just a couple of screwdrivers and a sharp cutting device preferably a wire cutter. So let’s open up the lid of the toilet tank and let’s get to it. Replace the old worn out flapper with a new one

The first thing you need to notice here is the flapper. The flapper most probably might be worn out. This actually gets exposed to a lot of wear and tear due to mineral deposits that come from tap water. This is actually the number one cause of your water leaking from toilet tank into bowl.

The simple fix is to get to a hardware store and just switch it with a new flapper. It matches your toilet brand which will probably only cost a few bucks. You can either replace it with a universal flapper and that’s taken care of. 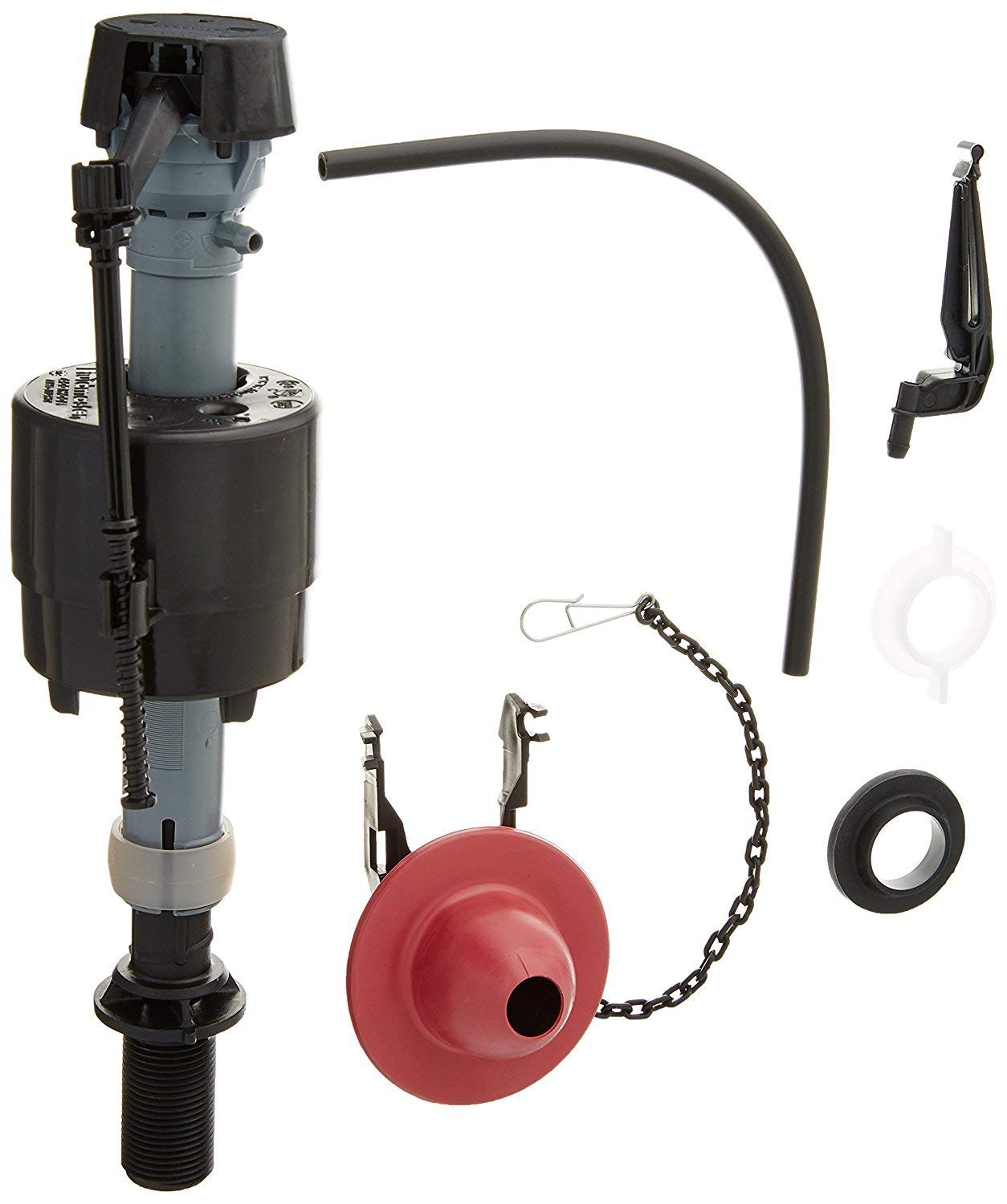 So if the chain is too long, it will get stuck in between the flapper and the flush valve making way for water to leak freely into the toilet bowl. Shortening the connecting chain is actually one of the things that are being overlooked quite often by many. By any means this isn’t something that can be considered as impossible.

All you got to do in this situation is to trim off this chain that’s connected to the flush handle and the flapper using the wire cutter or some other sharp cutting device as I mentioned earlier to make sure that the chain isn’t too long and that it won’t get in between the flapper and the flush valve again during the flushing activity. Think of lowering the water level of the toilet tank

A Higher water level could result to a water leakage from your toilet tank as well. This is where you need to observe the level of water that gets collected into your toilet tank. It’s important to make sure that water in the tank is at the optimal level when it’s full, not too high and not too low. In this case too low is better than too high.

Adjusting the Float Vs, the old-fashioned ball valve.

As you may know the overflow tube is something that cannot be adjusted to your heart’s content like the flapper or the chain. So, in an instance where your water level seems too high. We will have to adjust the float in order to stop water leaking from toilet tank into bowl.

Obviously, the reason of water getting into the overflow tube is due to the float being set too high. And if you take a closer look, there will be an adjustment screw to the float. Just grab one of the screw drivers and turn it to the left and the float will be lowered easily. It means that the water level will be lowered in your toilet tank as well automatically. One thing to note here is that it is advisable that you adjust the float roughly. The one inch lower the overflow pipe to make sure that the water level in your toilet tank is at the optimal level.

In case if you have a ball valve instead of a float “which looks a bit different on the outside”. It actually works pretty much the same way technically. Therefore again, you will have to lower the ball shaped floating valve. To make sure that the water level is set below the overflow tube.

When adjusting a ball floating valve, you can either lower it using a screwdriver. Which will be pretty much the same as in the previous scenario or if that option does not seem to be possible. You can simply bend the arm of the ball valve which is also pretty easy even for a first-time plumber.

If all this is done, let’s adjust the diaphragm fill valve if necessary.

Now we have practically done everything that’s in the plumber’s book to stop this water leak. But, still if you find water leaking from toilet tank into bowl, there’s still one last thing we can try. Adjust the fill valve float’s arm by turning its screw with a flat screwdriver.

You can test it by screwing it anticlockwise to see more water filling back into the tank and over flowing into the overflow pipe. But that was for testing purposes and all we want to do here is lower the water level and bring it down lower. The overflow pipe and likewise you will be able to do it by simply screwing it clockwise.

Although this type of a running toilet is a painful thing to have, as you can see all you needed to fix this simple job was a little bit of your time combined with only a few number of tools that could be found in your toolbox itself.

Sometimes a flapper can collect enough mold or slime to prevent it from making a seal. You may be able to clean it, but since flappers are inexpensive, it’s probably better to replace it.

BY : Tundra tools and technology

You May Like: How To Prevent Poop From Sticking To Toilet Bowl | Pro Plumbing Tips